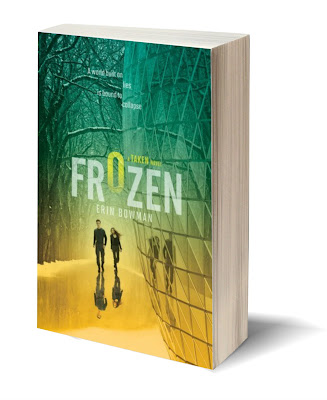 The Heists were only the beginning.Gray Weathersby escaped from the primitive town of Claysoot expecting to find answers, but what he discovered shook him to the core: A ruthless dictator with absolute power. An army of young soldiers blinded by lies. And a growing rebellion determined to fight back.Now Gray has joined a team of rebels on a harsh, icy journey in search of allies who can help them set things right. But in a world built on lies, Gray must constantly question whether any ally—or enemy—is truly what they seem…

Ok, I'm cheating a little here because I haven't read Taken yet - though I do own it and since this isn't coming out until April 2014 I have some time to read it.
I love the covers in this series though. =)