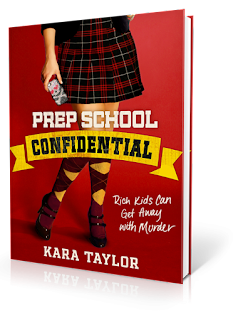 Blurb:
In this breathtaking debut that reads like Gossip Girl crossed with Twin Peaks, a Queen Bee at a blue-blooded New England prep school stumbles into a murder mystery.
Anne Dowling practically runs her exclusive academy on New York’s Upper East Side—that is, until she accidentally burns part of it down and gets sent to a prestigious boarding school outside of Boston. Determined to make it back to New York, Anne could care less about making friends at the preppy Wheatley School. That is, until her roommate Isabella’s body is found in the woods behind the school.
When everyone else is oddly silent, Anne becomes determined to uncover the truth no matter how many rules she has to break to do it. With the help of Isabella’s twin brother Anthony, and a cute classmate named Brent, Anne discovers that Isabella wasn’t quite the innocent nerdy girl she pretended to be. But someone will do anything to stop Anne’s snooping in this fast-paced, unputdownable read—even if it means framing her for Isabella’s murder.

Review
Prep School Confidential was a big surprise package for me. I wasn't expecting such a deep and twisted mystery, nor was I expecting to enjoy it as much as I did.

I liked Anne, thought sometimes she seemed a touch too full of herself in the I'm-just-too-smart kind of way but it wasn't enough to put me off. Also her persistence to solve who killed Isabella had me wrapped up in the story so very little bothered me.

All the characters felt so different from each other, and I didn't know who to suspect or point the finger at. There are a fair few characters in this story, but I didn't find it hard to keep track of as they all had some part in the story and mystery and their voices were different enough to remember them.

I don't make it a hidden fact that I don't like love triangles as a writing device. Prep School Confidential did have a love triangle, and surprisingly (compared to those I have read) it is done really nicely, to the point I didn't know who I liked more.
Anthony, Isabella's twin brother grew on me pretty quickly, though I feel he is still a little mysterious.
Brent, Annie classmate, I wasn't sure of at first. I grew to like him as the story progressed.

I loved the school description. I could picture this old school and all it's "secrets" (no more details than that - no spoilers) with no problems.

Prep School Confidential had me guessing and questioning all the characters and their roles - did they do it, were they really like that - right until the end. And even that was a bit of a shock. Just when you think you figured it out, BAM, nope you didn't.

This is definitely worth checking out if you like mysteries and whodunits. A fun read with some very memorable quotes (My favourite is below).

"Mr. Dowling." The officer stands up and extends a hand. "I'm Detective Holmes."
I can't help it - I giggle a little. I mean, really, a detective named Holmes? I wonder if Watson is nearby.
Dad glares at me and accepts Holmes's handshake. "I'll be representing my daughter from this point. If you have no proof of her involvement with the fire, I'll be taking her home now."
I wince, but Detective Holmes looks confused. "With all due respect, Mr. Dowling, your daughter confessed to being on school grounds unattended after hours and gave us the name of the classmate who helped start the fire."
Dad looks at me as if I'm dumber than the bacteria on the bottom of his shoes. He's never, ever looked at me like that before. When the older cop shuffles back into the room, I'm thinking there's no way this could possibly get worse. (Loc 168 4%).


One of my favourite quotes: 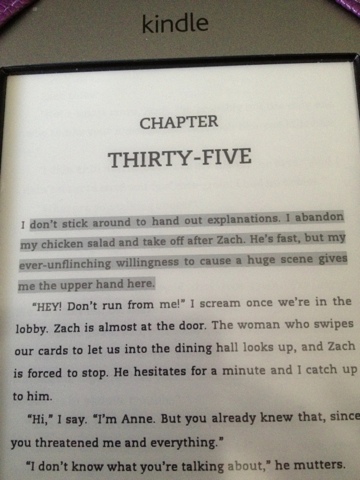 Kara has a BA in English/Secondary Education from Stony Brook University. She loves New Girl, sushi, and puppets that say rude things. It’s her dream to own a bakery someday.
Kara was inspired to start writing in part by her grandmother giving her Harry Potter and the Sorcerer’s Stone, and in part by her father’s bizarre antics, such as blow-drying his car. Her father looked like Borat in the 80′s.
Kara lives on Long Island with a Chihuahua named Izzy and a kitten named Felix. Her favorite authors are Gillian Flynn, Maureen Johnson, and Nelson Demille. She writes full-time, both on the PREP SCHOOL CONFIDENTIAL series and on an untitled television pilot for Warner Brothers Studios.