Spotlight with Excerpt & Giveaway: The Voice by Jennifer Anne Davis 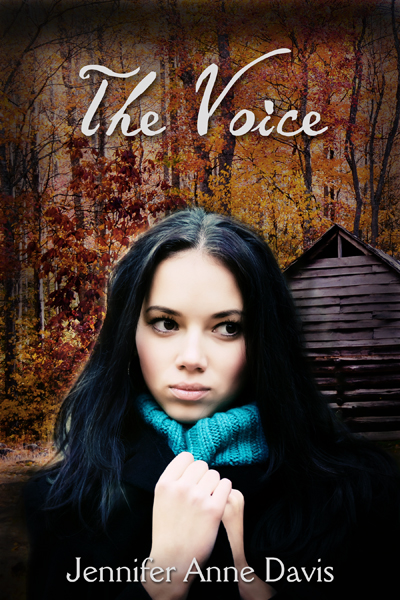 During her abduction and assault, Audrey begins to hear a voice. She hopes she’s not going crazy, because after what she’s experienced, that’s the most logical explanation. However, as she begins to listen to the voice, Audrey realizes that someone may be telepathically trying to help her.
Unfortunately, rescue isn’t all she needs. In order to leave behind the constant reminders, she flees to her Aunt Kate’s house in San Diego, and assumes a new identity. It works—until the eighteen-year-old twin boys who live next door threaten to break through the protective walls she’s worked so hard to build.
Between Caleb going out of his way to befriend her and Justin avoiding her at all costs, Audrey doesn’t know if normalcy will ever find her again. But one thing is certain: When a familiar danger resurfaces, it’s the same voice that she turns to—a voice that is not only real, but a lot closer than she realizes.
Gripping and tastefully told, The Voice is a story of healing, trust, and courage.

Lying in the dark cabin, I tried not to think about the foul smell of body odor mixed with the stench of urine. I tried not to think about how hungry I was, or when I would eat again. About the plastic zip ties cutting into my wrists, or the spider crawling up my arm. I kept trying and failing. There was nothing to do but think.Audrey? he spoke in my mind.
“Here,” I replied, still not understanding who or what the voice was, hoping I wasn’t going crazy. Though, after what I had been through, crazy wasn’t too far off. Instead, I focused on what the voice was saying. After weeks of being stuck here, he was the only thing keeping me grounded and giving me hope.I need you to do something for me.He sounded drained. “Are you okay?” I asked.
Scream.“What?”I need you to scream as loud as you can. Now, Audrey! Scream!Bill had left the cabin only five minutes earlier, and I was afraid to make any noise. What if he was still outside and heard me? Would he come back in? I was so sore and bruised that I couldn’t handle anymore.
Scream! he urged.
Finally trusting the voice, I sucked in a deep breath, closed my eyes, and screamed as loud as I could. At first I sounded like a cat that was being strangled, the sound barely audible and grating on my ears. But I kept trying, and the noise transformed into something loud and fierce.Yell the word “help.”“HELP!” My throat was raw, but that didn’t stop me. I took all of my hurt and anger, and used those emotions for the energy needed to sustain the scream.Then a thumping came from the other room—maybe the front door. My body shuddered. Shimmying to the edge of the mattress, I tried to stand, but my legs gave out, and I fell to the rough, wooden floor, landing on my knees. With bound hands, I inched my way to the corner of the room, as far away from the door as possible.Keep screaming!I wanted to curl into a ball and disappear, but I did what the voice said and let out a shrill, loud cry for help. The sound bounced off the walls, echoing.Wood shattered in the other room. I kept yelling, wishing that I had the power to destroy Bill with my scream.The doorknob twisted. Please don’t hurt me again . . . please don’t touch me . . . no more, please. No more.The door exploded open. Instead of Bill, there stood three hunters dressed in camouflage and bright orange vests. One held a shotgun, and another held an axe. I froze in horror. The men looked at one another and then back at me.Audrey, tell them who you are. Your name.“I’m Audrey Marshall. Please help me.”
“The kidnapped girl?” the older guy on the right asked. I nodded. “I’m calling 9-1-1. You’re going to be all right now,” he said reassuringly, his cell phone already at his ear.“Thank you,” I whispered to the voice. But he didn’t respond.

Jennifer graduated from the University of San Diego with a degree in English and a teaching credential. Afterwards, she married her high school sweetheart, worked as a legal assistant, and taught high school English. Jennifer is currently a full-time writer and mother of three young children. Her days are spent living in imaginary worlds and fueling her own kids’ creativity. The Voice is her first novel.

Giveaway
One (1) Kindle copy of The Voice. Open internationally.
If you do not have an eReader, you can download the Kindle app for free for PC/Mac, iPhone, or iPad.