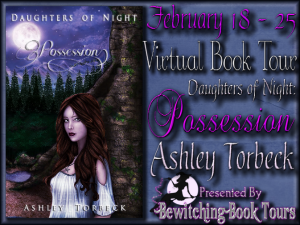 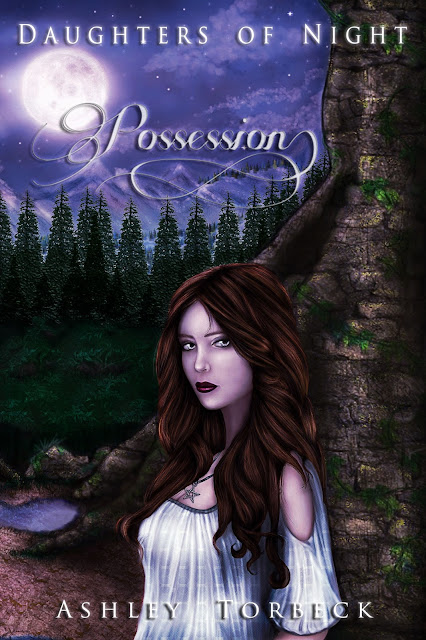 Carmen's family is being threatened by a new group of vampires, and she is forced into another battle. Only this time it's not just her life on the line. Now she must face an evil unlike any other. One that is dangerously close to consuming her, and Carmen's only hope of succeeding is in the hands of a girl she doesn't know. Will the demons inside Carmen bring her down before she and Gaviyn can save the delicate life of the mystery girl, or will they all fall over the edge into a pit of death and despair?

“Carmen? CARMEN?” I screamed at her limp body.
Shaking her didn't seem to help. Nor did the screaming, but I couldn't very well sit there and do nothing.
Just as I was leaning down to kiss her, she just fell limp. It wasn't the first strange thing that had ever happened to us, by no stretch of the imagination, but this terrified me. I had never seen her so helpless and limp, except in her previous incarnations.
This is how she felt when she was dead.
I refused to let myself think she was gone. I mentally sent out a distress call to any vampire who could hear. With as loudly as I was screaming both mentally and out loud, I knew someone would be there quickly. It just wasn't fast enough.
The door bust open, and Damien rushed over, followed by Kaiya and Rayne.
“Dad, what happened?” Damien asked, his voice shrill and cracking as he stared at his mother.
“I don't know, she just fainted.”
“Vampires don't faint,” Kaiya said, meekly.
I snapped my head up and glared at her.
“They do if they're half witch, and you'd know that if you knew my son at all.”
“Dad, not now,” Damien said softly, putting a hand on my shoulder.
My anger toward Kaiya subsided, and I turned my attention to my son.
This isn't the time for this, Damien thought to me. Help Mom.
Of course, he was right. As usual. He was too smart for his own good.
He turned his attention back to Carmen, and I followed suit.
“Mom, come on, wake up,” he whispered, his eyes rimming with pink.
“Gaviyn,” Rayne said. “She is still with us. She's just unconscious.”
“Why won't she wake up? What's wrong with her?” I demanded, not taking my eyes off my mate.
“She will wake. And until she does, and I can examine her, I honestly don't know what-if anything-is wrong.”
“Well of course something's wrong!” I screamed at her.
Just then Carmen's eyelids flitted open, as if she were waking from a dream.
“Damien!” she screamed, her eyes darting around the room, not focusing on anything.
“I'm here, I'm here, Mom,” Damien whispered, his voice full of emotion and his eyes dripping red tears down his cheek.
“Oh, Goddess, Damien, it's you! It's the real you, and you're normal and...oh, Damien!”
She sat up quickly and pulled him into a hard hug, wrapping her arms around him and burying her face in his neck. Damien glanced at me worriedly, and held her back. I stroked her hair as she cried into our son's neck.
“Carmen, honey, what happened,” I asked tenderly, still stroking her hair.
She pulled back, her face smeared with bloody tears, her chest hitching with sobs. With one arm, she reached out and grabbed me, pulling me into this weird family hug. I exchanged looks with Damien, and sent my thoughts to him.
Something's wrong with your mom, I'm going to need some time with her to calm her down.
His thoughts came rushing back, loud and clear.
What happened? Dad, I'm scared, what can I do to help? Why is she acting like this? Has this ever happened before? I'm really freaking out here!
I tried to calm him.
I think she's going to be fine, son. Please, just go hang out with some friends for a while so Rayne and I can make sure everything checks out. Can you and Kaiya go tell Blair I need him immediately. And Aliena. Send them both here, then I'll call you when you should come back.
He nodded, and swallowed hard before disentangling himself from Carmen's grip.
“Mom, I'll be back, I have to get Kaiya back home before her mom flips out. But I promise, I'll be back as quick as I can.”
He glanced at me on that last line, and I nodded. I knew he wanted to be here. I didn't want him even more freaked out, though.
Carmen released her grip on us both, and, embarrassed, she nodded while she wiped at her face. Rayne handed us a box of tissues from the table.
“Carmen, Blair will be here in a minute, but I need you to tell me right now what the hell just happened.”
She sniffled, and looked up at me. She was a mess, but Goddess, she was still beautiful.
“It's Damien. Something bad is going to happen.”

An avid reader and sarcasm specialist, Ashley's quirky and bubbly personality stems from the vast amount of information she crammed into her head as a child. No genre was off limits, but she developed a fondness for Stephen King books early on. Of course, growing up in Eastern Kentucky, life moved a little slower, so books became her closest friends.

Fast forward a few years, and the vast insanity that surrounded Ashley became her life. In January 2009, she married the only person on Earth as insane as herself, and they now reside in Louisville, Kentucky, patiently awaiting the zombie apocalypse while she taps away at the laptop with a plethora of stories to keep you entertained.

Giveaway
1 an autographed copy of each of the two published books in the Daughters of Night series, Sanctuary and Possession (open to US Shipping)
3 eBook copies of Possession
a Rafflecopter giveaway
Posted by Sabina at 16:00