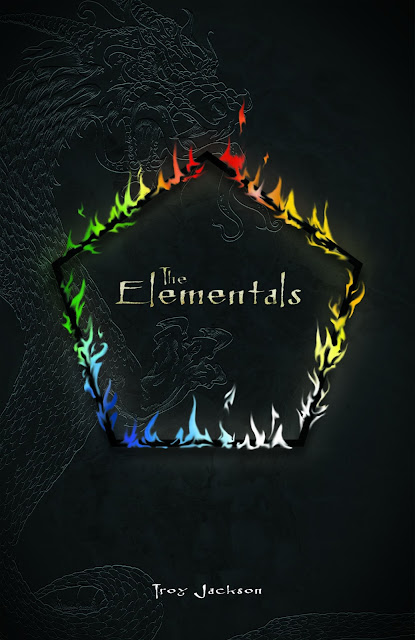 Synopsis:
Upon unifying the seven warring states under one banner, the First Emperor of China began solidifying power for what he envisioned as a thousand-year reign. Using those he conquered, the Emperor began a series of arduous projects, including the first Great Wall, the Linqu Canal, and a national system of highways. Ignoring the physical and emotional toll exacted upon the people, his insatiable desire to further his own power has led to a growing, and secretive insurgency. One such organization is the Dragon's Spite which wishes to usurp control of the throne by nearly any means. But first they must marshal their forces strewn throughout the kingdom. More importantly they seek out three extraordinary girls who hold vast supernatural powers that can tip the balance in their favor. But do these unknowing heroines realize the talents that they possess? Will the Dragon's Spite reach them before the agents of the Emperor?


Born in 1974 in Grand Rapids, Michigan, Troy Jackson moved to the great state of Georgia with his family at the age of three where he as lived ever since. Currently he resides outside the city of Atlanta with his loving wife and daughter. His passion for history, fantasy, and science fiction began at an early age with a little nudge from his older brother. Attending Georgia College and State University in Milledgeville, Georgia he received a Bachelor's Degree in History and a Master's Degree in Teaching. In his spare time he enjoys being with his family, watching and partaking in sports. Although new to the profession, he intends on writing about subjects that have always fascinated him, including fantasy, adventure, science fiction and history.