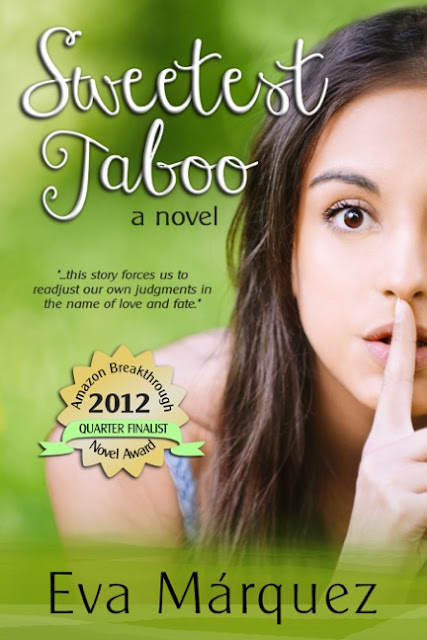 Book Description:
Isabel Cruz was fifteen years old when she met Tom Stevens. She was 15 when they started dating, and 16 when she lost her virginity to him. By the time she turned 18 and went to college, everything had fallen apart. This hadn’t been an ordinary love, though. Not a love between two dear friends, or even high school sweethearts. This had been the most taboo sort of love there was: a relationship between a student and her teacher. Isabel started her high school career as a normal student, but set her sights on Tom Stevens as soon as she met him, and pursued him with an intense – and sometimes reckless – fascination. When he finally approached her after swim practice and told her that he shared her feelings, it was the start of a forbidden and dangerous relationship.

“You’re my sweetheart," he told me, his voice sad. "I can’t imagine life without you. I don’t want to have to imagine life without you.”Tom rarely used terms of endearment with me, these days. When he did – in these rare moments when he called me his sweetheart – my heart melted. All of the turmoil, the sleepless nights, the protracted nature of our relationship, became nothing more than a passing inconvenience and very worthwhile. Tonight, though, I knew that the word came with drawbacks. They gave me the courage I needed to say the words I’d been dreading.“My graduation won’t affect our relationship, you know that," I told him. "Look at how much we’ve been through together. If we made it through all of that, we can make it through anything. Tom, I want to be with you always, no matter where life takes me after graduation.”I spoke passionately, fully believing in what I said. I was absolutely devoted to this man. But somewhere deep inside, I knew I was being dishonest. Neither of us wanted our relationship to change, but it was clear that things were going to change, and soon. I had just been offered a place at a small, private liberal arts college on the East Coast. The choice had been difficult because although I wanted to stay close to Tom, I also wanted to move forward with my life. In the end, I accepted the offer. Tom hadn’t really reacted when I told him. It hadn’t affected our relationship. Now, though, the cracks were starting to show. “I want to believe that,” Tom answered quietly. “I loved the last letter you wrote me. Every time I read your letters, I feel like I’m sixteen again. I feel like I’ve come out of a deep sleep." A pause, and then, "I can’t lose you, Isabel. You’re the reason I wake up in the morning; I can’t love anyone more than I love–”Suddenly I heard a distinct click on the line. My heart plummeted.“Did you hear that?" Tom snapped, his tone suddenly terse. "Did someone pick up the phone at your house?” “Hold on a minute, let me check inside.” I slipped back inside and listened, but the house was completely quiet. The kitchen phone was on the counter, my mom’s office was dark, and I was holding the only other phone in the house. "Who picked up the phone?” Tom repeated, worry coloring his voice.The click had not originated on my end of the line. I should've been relieved, but my panic rose even more.“Tom," I whispered into the receiver. "It wasn’t here, everyone’s asleep..."“I have to go," Tom interrupted abruptly. "Danielle's coming.”There was another click, and the line went dead. Born in Buenos Aires, Argentina, daughter of European immigrants, Eva Márquez has spent most of her life outside of her home country. At the age of five, Eva accompanied her parents to the United States, where the family settled permanently. After graduating from university, she went on to complete graduate studies in International Relations in Spain. Eva received her Master of International Studies degree from the University of Sydney and went on to work in the global health field in Sub Saharan Africa and South East Asia. Eva currently resides in Southern Africa.
.

Giveaway
(1) KindleGraphed eBook copy of SWEETEST TABOO. Open International. Books will be gifted from Amazon only.


*If a winner does not have an ereader, they can can download the Kindle app for FREE to their computer or iPad

a Rafflecopter giveaway
Posted by Sabina at 21:14