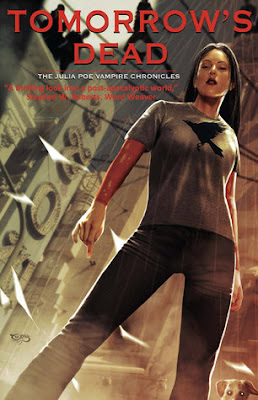 Downtown Los Angeles is on the mend. An alliance of revolutionary vampires and humans has freed blood slaves, wiped out master vampires that ruled by fear, and is bringing the city back to life.

Kaleb Sainvire’s goals have been met, but he is miserable.

In this third novel of the Julia Poe Vampire Chronicles, Sainvire lures Julia Poe back from her early retirement on Catalina Island to take on vampire threats from San Diego, San Francisco, and even within his own ranks. Still shaken from a shot in the heart a year ago, Poe is not ready to unite Downtown factions or face Sainvire again. However, she has little choice in the matter and must wipe up the mess around her.

Author Bio
Celis T. Rono studied English and Sociology.  She is a voracious reader of American Literature and is a movie buff.  This is her first novel.  She is currently working on the sequel to That Which Bites.  Celis lives in downtown Los Angeles.