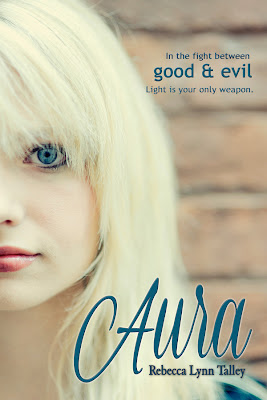 In the fight between good and evil, Light is your only weapon.

Crystal Scott finally feels like a normal teenager. She has a lead in the high school play, a best friend, and a gorgeous boyfriend. With prom only a few days away, Crystal’s ordinary life seems perfect.

Endowed with great Light because of her virtuous choices and her inherent gifts, Crystal’s aura has become visible to those with the ability to see auras. Unfortunately, her power has also attracted the attention of demons intent on destroying all Light.

When Vincent Crandall, the human host for a powerful demon, discovers that Crystal’s Light is strong enough to disrupt the connection between demons and their hosts, he realizes she may be able to sever the connection altogether. Determined to stop her from interfering with his plans to rule the world, he sends operatives to neutralize her Light.

After the operatives fail to disable Crystal, Vincent decides he must harness her power for himself. He kidnaps her parents, and Crystal is thrust into battle against a demon army she didn’t even know existed. With the help of a mysterious young man and his mother, Crystal must learn to use the power within her before Vincent kills her parents and exploits her Light.

At rehearsal that afternoon, I stood offstage in the relative darkness waiting for my cue. I walked onto the stage and delivered my line. I turned toward the audience. The same mysterious guy sat on the left side of the auditorium in the front row. Suddenly, my feet were glued to the stage. Without my permission, a fluttering sensation rippled through my insides. Stop looking at him. Now.A far away voice floated over to me, calling my character’s name. I tried to respond but I couldn’t tear my gaze from that guy.A firm grip on my arm jerked me out of my trance. Cole looked at me expectantly. Had he said his line already? What was mine?
I blinked a few times then swallowed hard. Think, Crystal. Think. “I hope you weren’t trying . . . to . . . run, I mean, sneak away without . . . me.” It was wrong. I tried to cover, but nothing came to me.
Cole shook his head.“I’ve slept enough,” I said. Wrong line. Again. As if out of my control, my gaze was drawn to the tree guy. I said, “I’m not tired.” Wrong. Confused, I tried to resist his pull, but couldn’t. There was something about him. Something I couldn’t explain. Or understand.
The harder I tried to recall my line, the worse it got. My nerves were on fire. This unknown guy was throwing me off.Mr. Jordan shouted, “That’s enough!” It broke the spell. He jumped up from his regular seat in the audience and marched over to the stage. I clenched my jaw and braced myself for the onslaught, trying to keep my eyes on him and off the boy in the audience.“What is wrong with you today? You haven’t hit one line since we started this scene.” A vein in his shiny forehead pulsed.I didn’t know what to say. He was right. I had butchered the scene, but I had no explanation for it—at least not one I could say aloud.
Cole elbowed me and gave me a concerned look.Using all of my strength to resist looking at the unknown guy, I cleared my throat and said, “I’m sorry.”
“Miss Scott, do you think I have nothing better to do than waste my time coming to these rehearsals? I give this theater program everything I have, and all I ask in return is that you give me some sort of acting I can work with. At the very least, saying the right lines at the right time. Is that too much to ask?” He ran his hand over his bald head and looked up at the ceiling. “I should never have cast a new student in the lead. I know better. What was I thinking?” He took a breath then shot me a laser glare. “I’ve already warned you. Fail again, and you’re out. Believe me, I will replace you if I have to.” He pointed at me. 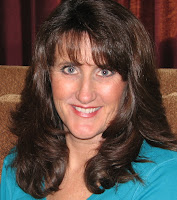 Rebecca Lynn Talley grew up in the gorgeous seaside city of Santa Barbara, CA. She met, and married, her husband, Del, while attending Brigham Young University. She graduated from BYU with a degree in Communications. She currently lives in rural Colorado on a small ranch with a dog, too many cats to count, and a herd of goats. She and Del are the proud parents of ten wildly-creative, multi-talented children.

When she isn’t writing, Rebecca loves to date her husband, play with her kids, swim in the ocean, and dance to disco music while she cleans the house. She has folded at least one million loads of laundry, baked hundreds of batches of chocolate chip cookies, and eaten 5,478 gallons of ice cream.

Open only to those who can legally enter, receive and use an Amazon.com Gift Code or Paypal Cash. Winning Entry will be verified prior to prize being awarded. No purchase necessary. You must be 18 or older to enter or have your parent enter for you. The winner will be chosen by rafflecopter and announced here as well as emailed and will have 48 hours to respond or a new winner will be chosen. This giveaway is in no way associated with Facebook, Twitter, Rafflecopter or any other entity unless otherwise specified. The number of eligible entries received determines the odds of winning. Giveaway was organized by Kathy from I Am A Reader, Not A Writer http://iamareader.com and sponsored by the author. VOID WHERE PROHIBITED BY LAW.


a Rafflecopter giveaway
Posted by Sabina at 17:04