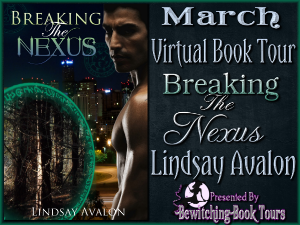 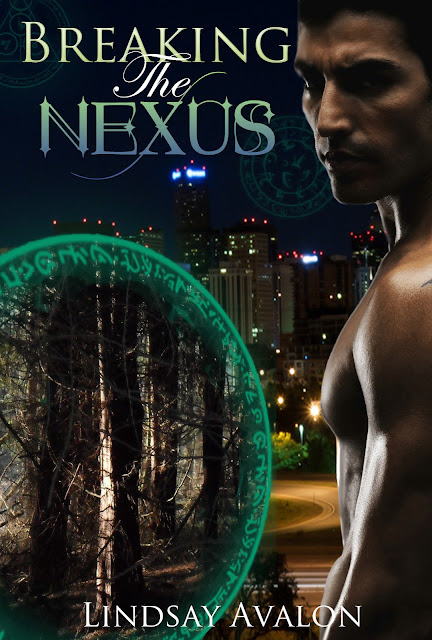 Book Description:
Throughout history, myths and legends of extraordinary creatures have been told and retold. Fantastic tales of demons and banshees, gryphons and dragons, and of course, magic. Stories that every child grows to learn are nothing more than fantasy…or are they?
Beyond the world you see lies a hidden realm, the Mythrian Realm, inhabited by all of the creatures you’ve been told are mere fiction. Only one thing lies between humans and the truth: the Nexus. A magical barrier erected millennia ago to separate the two realms, it has stood the test of time. Until now.
For Mythrian Sha Phoenix, magic is nothing new. But when she stumbles upon a portal on the verge of collapse, her fate will forever change. Pulled through the portal into the Human Realm, she lands in the middle of Detective Connor Flynn’s brutal murder scene. Soon it is obvious someone is using blood magic to try to bring down the Nexus. Together, Connor and Sha must work to unravel the secrets before the barrier falls and the realms collide.
The Nexus is breaking and all hell is about to unleash…literally.

Sha floated, surrounded by a cold, dark abyss. This must be death.  It was rather peaceful in a way and at least she didn’t hurt. The thought hadn’t finished forming when jagged shards of pain radiated through her body. By the flame. This was almost as bad as mage fire. She clenched her teeth, pride the only thing keeping her scream of agony locked in her throat. She wasn’t dead, though whether that was a blessing or a curse remained to be seen.
Forcing herself to steady her breathing, the deafening roar in her ears subsided to a low howl as she worked to push aside the pain. Backlash was brutal; the Gate must have collapsed, sending out a wave of raw energy that her mind had attempted to absorb. Talk about sensory overload, it was a minor miracle she still had her wits about her.Gradually she grew aware of her surroundings, the surface beneath her body cold, hard, and…sticky? What the hell? Maybe she’d been hasty in assuming she’d kept her wits. The last thing she remembered was walking into the forest clearing. Trepidation welled up inside her body. Inhaling, she barely stopped herself from expelling what little she’d had for breakfast that morning. The stench of blood and Goddess only knew what else sent her stomach roiling. She had a sneaking suspicion she wasn’t in Mythria anymore.“Right, let’s just state the obvious, shall we? And now I’m talking to myself. I’m going insane, that’s it.” Since Luca hadn’t teased her for muttering to herself, nor had he asked if she was alright, she surmised he was either missing or unconscious. “Stop being a baby and just open your eyes. What’s there to be afraid of?”Steeling herself, she pried open one lid. The dawning sun lanced into her brain, triggering a resurgence of her headache. Could this day get much worse? As her vision cleared, she wanted to kick her own ass for taunting the fates.“Hey miss, you alright? Cops are on their way. Do you know what happened?” The voice was unfamiliar, the accent not quite like anything she’d ever heard before. Her eyes narrowed, trying to bring her surroundings into focus. Holy hell. She was in the Human Realm. Lying in an alley. In a pool of blood; a lot of blood, though not hers since she’d notice  losing important limbs or acquiring new holes. A commotion nearby drew her gaze to a crowd of strangers growing larger by the minute, all eyes fixated on Sha. Yup, she’d been an idiot to tempt fate.Struggling to pull herself upright, she waved off the hands outstretched to help. “Fine, I’m fine. Just dazed, I think.”A shrill scream amplified the pounding in her head. Why did some women have to sound like the infernal banshees that roamed the Enigma Forest?“Oh my God! There’s a body over here! Oh my God, that woman’s covered in blood! She had to have done it! She could be armed!” 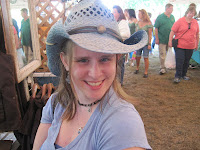 I am a wife, a programmer, and now an author. I have an adorable mini Schnauzer and more books than I have room for. I love reading romance because no matter what may be happening in my life, I can always count on my books to end happily ever after. The day I met my husband was the day I truly began believing in happily ever after. After hearing me complain a few too many times that I had “nothing” to read despite the hundreds of paperbacks scattered around the house, my husband began suggesting I write my own stories. When I finally took his advice I discovered that although I enjoy my day job as a software engineer, my true calling is to be an author.
My sister drilled into me an appreciation for fantasy and mythology, something I try to bring to my books. My debut novel, Breaking the Nexus started as a book written for NaNoWriMo and has grown to so much more. It was the conduit that introduced me to a fantastic group of independent authors who have changed my life in unimaginable ways.
When I’m not writing, I’ve found a passion for blogging and interviewing fellow authors. I also love reading (of course!), baking, crochet, sewing sock monkeys, playing video games, and all sorts of random crafts. I have an incurable love of rubber duckies and stuffed animals, and I believe nobody should have to grow up if they don’t want.