I'd like to welcome Rachel McClellan to the blog today. I hope you enjoy her post, and don't forget to check out her books, plus there is a giveaway at the end of the post as well.

What inspired you to write this series?

Honestly Llona did. I was messing around with a friend, swapping writing assignments and such, when I wrote about Llona while she was at her father’s funeral. Her voice was so strong I just knew I had to write more to see where she took me.

Once I had created Llona, I wanted to give her a more original “gift” then what you see in a YA book. I thought of all the supernatural beasties that "exist" in our world, and, as the little wheels in my brain turned, I thought it would be cool to have a girl who could use light as a power. Shortly after, I overheard someone talking about the aura's surrounding people and I sort of put the two together. Just like peanut butter and chocolate, it turned pretty good. 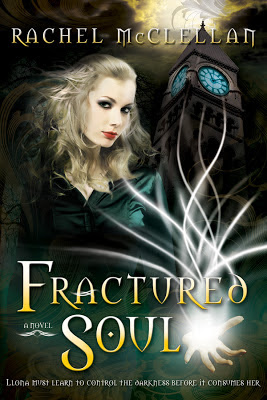 Title: Fractured Soul
Author: Rachel McClellan
Published: February 12, 2013
Publisher: Cedar Fort
Genre: Young Adult, Fantasy
Llona will do whatever it takes to protect her new found friends and home, but the dark plot that is threatening Lucent Academy, a school that’s supposed to be a safe place for Auras, may be too powerful for even Llona to defeat. This fast-paced tale of love, loyalty, and overcoming the darkness will keep you on the edge of your seat until the last page! 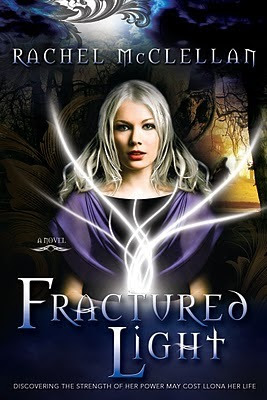 I’m dying, I thought. This was unexpected and not at all how I envisioned my death. I was supposed to die gardening in a flowerbed as a hundred-year-old woman, not as a seventeen-year-old trapped in a lake beneath inches of ice.Llona Reese is used to living on the run. After the Vykens killed her parents, she knew they would eventually come for her too. She can’t take any chances. But when she starts to make friends for the first time in her life, she gets careless and lets her guard down. Big mistake.As an Aura, Llona can manipulate light and harness its energy. But if she wants to survive, Llona will have to defy the Auran Council and learn to use her power as a weapon against the Vyken whose sole desire is to take her light. Now she’s caught in something even bigger than she can understand, with a power she can’t wield, and no one she can trust, except, just maybe, a mysterious stranger.In this breathtaking and romantic adventure, Rachel McClellan delivers a truly mesmerizing story that will keep you guessing to the very end.

Rachel McClellan was born and raised in Idaho, a place secretly known for its supernatural creatures. When she's not in her writing lair, she's partying with her husband and four crazy, yet lovable, children. Rachel's love for storytelling began as a child when the moon first possessed the night. For when the lights went out, her imagination painted a whole new world. And what a scary world it was...