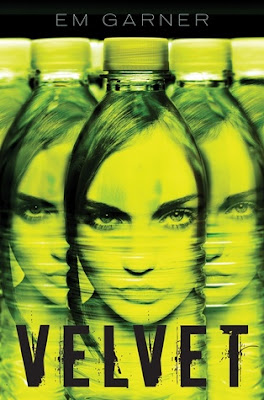 
After the Contamination—an epidemic caused by the super-trendy diet drink SlimPro that turned ordinary citizens into violent, uncontrollable creatures—the government rounded up the “Connies” to protect the remaining population. Now, two years later, the rehabilitated are being allowed home, complete with shock collars that will either control, or kill, them.


Velvet Ellis has struggled to care for her ten-year-old sister since her parents were taken in the round up. When she finds her mother in one of the “Kennels,” Velvet resolves to do whatever it takes to put her family back together. But the danger isn’t over. It’s beginning all over again…
Gritty and grabbing, Velvet is a harrowing, emotionally charged novel for fans of Carrie Ryan and The Walking Dead.

This sounds awesome and I love the cover. I'm excited for this. =D