Waiting on Wednesday #32 - Data Runner by Sam A. Patel 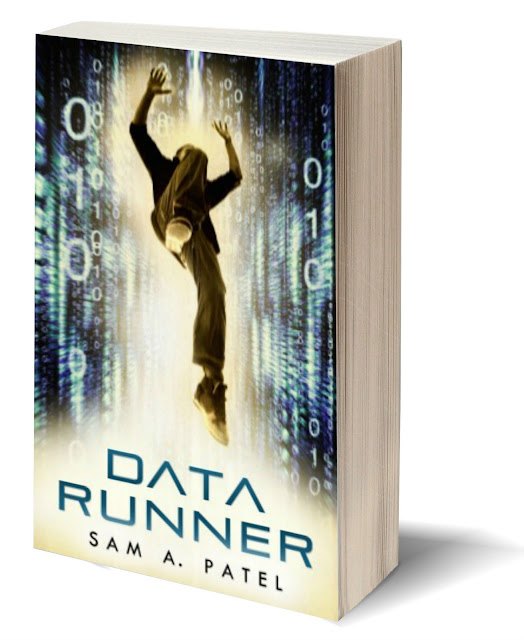 In the not-too-distant future, in what was once the old City of New York, megacorporations have taken over everything. Now even the internet is owned, and the only way to transmit sensitive information is by a network of highly skilled couriers called “data runners” who run it over the sneakernet. It is a dangerous gig in a dirty world, but Jack Nill doesn’t have much choice in the matter. A brilliant young math whiz and champion of parkour, Jack must become one of these data runners in order to get his father out of a major gambling debt. But when a mysterious stranger loads Jack’s chip with a cryptic cargo that everybody wants, he soon becomes the key figure in a conspiracy that could affect the entire North American Alliance. Now it’s all up to Jack. With the help of his best friend, Dexter, and a girl who runs under the name Red Tail, Jack will have to use all his skills to outrun the retrievers and uncover the truth before they catch him and clip him for good.

This sounds really good, and kind of reminds me of The Matrix, so it will be interesting to see what it's like.