Release Day Blitz & Giveaway: In Darkness We Must Abide by Rhiannon Frater - with excerpt 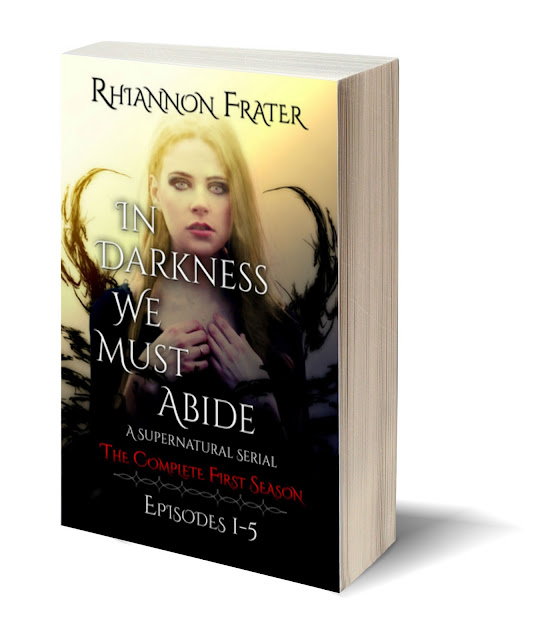 Synopsis:
In Darkness We Must Abide is the epic saga of one young woman caught in the dangerous world of the creatures of the night.

Already living in the shadows due to her albinism, Vanora is just a little girl when her older brother inadvertently unleashes a terrible evil from the family crypt that changes their lives forever.

As she grows up in a world where beautiful deadly beings hunt by night, one captures her eye and her heart. Yet, can she trust the mysterious Armando? For there is a powerful entity plotting to claim her when she reaches adulthood in order to fulfill an ancient prophecy, and her enemy has enveloped her in a web of deceit, casting doubt on all she believes to be true. Soon, she will have to fight not only to save those she loves, but also for her very soul.

Rhiannon Frater delivers a chilling adventure once again with this multi-part epic serial with a dynamic cast, old school vampires, bloody action, a smoldering forbidden love, and a terrifying villain set against the backdrop of a modern day vampire war.

This paperback includes all five episodes of the first season of the serial.

With his presence still sizzling on her skin and his hazel eyes still haunting her thoughts, Vanora pondered the words that Armando had spoken in his silky Spanish accent.
You must go home, he had said.
Hugging herself, she gazed into the darkness surrounding her, wondering if Armando still lingered in the shadows observing her. That he had sought her out both thrilled and terrified her. When she had first seen him standing on the lighted path of her apartment complex, the mere sight of his enigmatic smile had set her heart aflutter. But now that he had slipped back into the darkness, her heart beat with fear.
Could she go back to Houston and face all she had run from? Could she forget the evils she had beheld on her eighteenth birthday? Could she just abandon the life she had meticulously created for herself over the last two years and return to the mansion that was haunted by death and pain?
You must go home.
Armando’s words echoed in her mind.
Vanora lifted a hand to brush away her white-blond hair and turned to face the dark waters of the swimming pool that glimmered in the moonlight.
To go home meant she would at last cast aside her trepidation and face the monsters of her nightmares. Was she strong enough to do so? Was she strong enough to go home and save the ones she loved?
With a surrendering sigh, she admitted to herself that it was time to return to her childhood home. It was difficult to concede, but her reluctance to return was partially because she feared allowing Armando into her life once more. Though the creatures that dwelled in the darkness were terrifying, it was Armando who surely frightened her.
Only he could truly steal away her heart and soul… 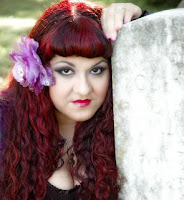 Rhiannon Frater is the award-winning author of over a dozen books, including the As the World Dies zombie trilogy (Tor) , as well as independent works such as The Last Bastion of the Living (declared the #1 Zombie Release of 2012 by Explorations Fantasy Blog and the #1 Zombie Novel of the Decade by B&N Book Blog),and other horror novels. Her next novel for Tor, Dead Spots, will be published in 2014. She was born and raised a Texan and presently lives in Austin, Texas with her husband and furry children (a.k.a pets).  She loves scary movies, sci-fi and horror shows, playing video games, cooking, dying her hair weird colors, and shopping for Betsey Johnson purses and shoes.

a Rafflecopter giveaway
Posted by Sabina at 21:45