I have 3 this week that I can't wait to read as they are continuations of series that I have started. (Click on the pics to add them to Goodreads) 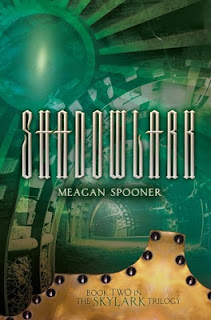 Ever since she escaped the city within the Wall, Lark Ainsley's wanted one thing: to find her brother Basil. She's always believed he would be the one to put an end to the constant fear and flight. And now, hidden underground in the chaotically magical city of Lethe, Lark feels closer to him than ever.
But Lethe is a city cowering in fear of its founder, the mysterious Prometheus, and of his private police force. To get the truth about what happened to Basil, Lark has no choice but to face Prometheus.Facing her fears has become second nature to Lark. Facing the truth is another matter.Lark never asked to be anyone's savior. She certainly never wanted to be anyone's weapon. She might not have a choice. 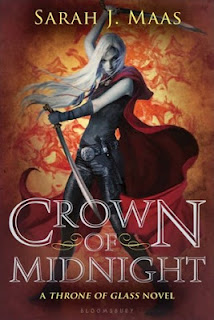 After a year of hard labor in the Salt Mines of Endovier, eighteen-year-old assassin Celaena Sardothien has won the king's contest to become the new royal assassin. Yet Celaena is far from loyal to the crown – a secret she hides from even her most intimate confidantes.
Keeping up the deadly charade—while pretending to do the king's bidding—will test her in frightening new ways, especially when she's given a task that could jeopardize everything she's come to care for. And there are far more dangerous forces gathering on the horizon -- forces that threaten to destroy her entire world, and will surely force Celaena to make a choice. Where do the assassin’s loyalties lie, and who is she most willing to fight for? 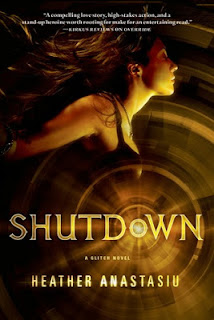 The battle is all but over, and hope seems to be lost. Zoe and her fellow Resistance fighters are on the run, having lost their home, their protection, and their leader. They are outnumbered and outmatched by the powerful corporation that controls the world, and the cruel Chancellor is inches away from completing a scheme that would kill most of humanity. Zoe's only remaining option is to chase the impossible dream of upending the Link system, freeing the world from the hardware that controls their thoughts and emotions, and hope it will trigger a revolution. The plot requires a nearly impossible mission to infiltrate the dangerous Community, and it is a task that Zoe must unfortunately complete alone. With challenges and surprises at every turn, nothing goes according to plan. Adrien's visions of the future now show two possible outcomes: one in which they succeed, and one in which humanity falls. It all lies in Zoe's hands.


What's your Waiting on Wednesday pick this week?