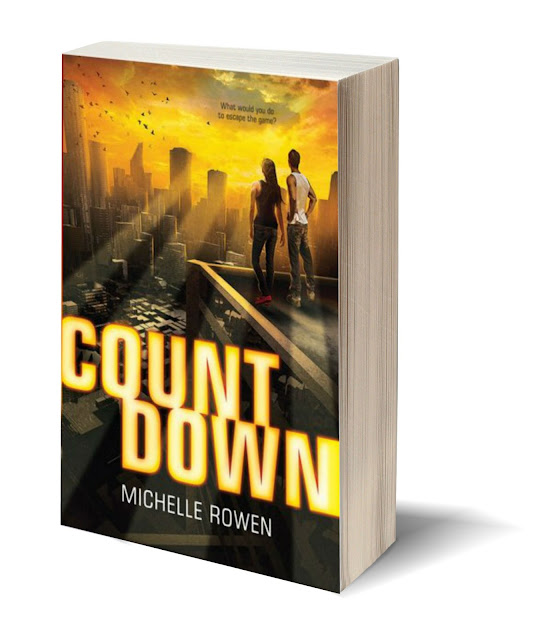 3 seconds left to live. Once the countdown starts, it cannot be stopped.

Kira Jordan survived her family's murder and months on plague-devastated city streets with hard-won savvy and a low-level psi ability. She figures she can handle anything. Until she wakes up in a barren room, chained next to the notorious Rogan Ellis.

1 reason Kira will never, ever trust Rogan. Even though both their lives depend on it.

Their every move is controlled and televised for a vicious exclusive audience. And as Kira's psi skill unexpectedly grows and Rogan's secrets prove evermore deadly, Kira's only chance of survival is to risk trusting him as much as her instincts. Even if that means running head-on into the one trap she can't escape.


I know, I know, another dystopian. I hope this one will be different and interesting, it does sound like it will be. I enjoyed Michelle Rowans Falling Kingdoms which was written under a pseudonym, Morgan Rhodes, so I'm hoping I'll enjoy this one as much when it gets released.