Teaser Tuesdays is a weekly bookish meme, hosted by MizB of Should Be Reading. Anyone can play along! Just do the following:
• Grab your current read
• Open to a random page
• Share two (2) “teaser” sentences from somewhere on that page
• BE CAREFUL NOT TO INCLUDE SPOILERS! (make sure that what you share doesn’t give too much away! You don’t want to ruin the book for others!)
• Share the title & author, too, so that other TT participants can add the book to their TBR Lists if they like your teasers! 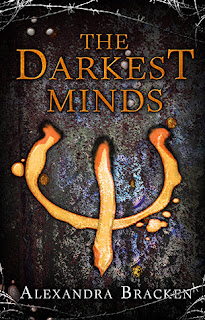 "A month later, after the first big waves of deaths, the Centers for Disease Control and Prevention released a five-step list of symptoms to help parents identify whether their kid was at risk for IAAN. By then half my class was dead." 1%

And because I'm loving this so much, here is a second one:


"I heard a scream, and didn't realize it had belonged to me until that same black monster's head swivelled toward us. Liam  jumped at the ten gun barrels that swung our way. The first bullet was close enough to nick his ear as it whistled by. There wasn't even time to turn and run." - 66%

The Darkest Minds by Alexandra Bracken
Expected publication: December 18th 2012 by Disney Hyperion
Quotes taken from an eARC and are subject to change during printing.