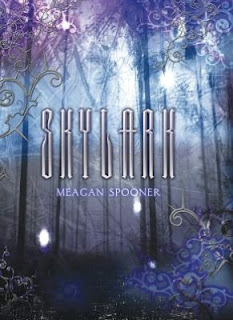 
Sixteen-year-old Lark Ainsley has never seen the sky.Her world ends at the edge of the vast domed barrier of energy enclosing all that’s left of humanity. For two hundred years the city has sustained this barrier by harvesting its children's innate magical energy when they reach adolescence. When it’s Lark’s turn to be harvested, she finds herself trapped in a nightmarish web of experiments and learns she is something out of legend itself: a Renewable, able to regenerate her own power after it’s been stripped.Forced to flee the only home she knows to avoid life as a human battery, Lark must fight her way through the terrible wilderness beyond the edge of the world. With the city’s clockwork creations close on her heels and a strange wild boy stalking her in the countryside, she must move quickly if she is to have any hope of survival. She’s heard the stories that somewhere to the west are others like her, hidden in secret—but can she stay alive long enough to find them? - Goodreads


I really loved Skylark. At the start everything is a little confusing, you end up with loads of questions. It can be a bit hard to get into but if you keep going it gets clearer. It's not prefect, but I think the world is still fascinating. There's magic, zombie-like creatures, pixies, magic bubbles that can be good or bad, and twisting and surprises every which way. Although you can guess some of the twists, there were a few I didn't, or wasn't sure on.

Its fast paced, though it does drag a little in the middle between the harvesting and where Lark is going. Once you get through that it picks up and gets intriguing.

Lark is very trusting and a bit slow to realise the situations she gets in. Though considering the life she has had and that she is 16, I would image that she is would be naive and therefore I find her character quite believable, as opposed to dumb or annoying. She is strong willed and determined and this shows more towards the end of the book.

The other characters were good supporting characters, but other than Oren, I didn't feel much toward them. The pixies were different to the 'real' thing, and the one that ends up with Lark is quite witty.

Overall this book well written, different (generally different, some parts such as the dome are similar to other stories to a certain degree) and enjoyable. I'm looking forward to the next instalment. I'm sure that Meagan Spooner can only get better with the next book. =)