Waiting On Wednesday #39 - Save the Enemy by Arin Greenwood 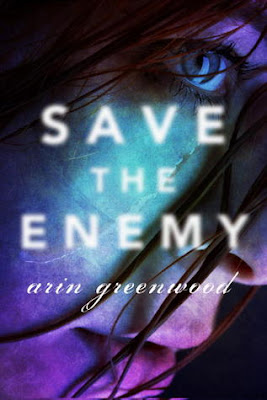 Everything has been downhill since Zoey Trask’s mother was murdered in a random mugging. Her younger brother, Ben, is on the autistic spectrum and needs constant supervision. It’s senior year, and she’s the new girl at a weird private school in Old Town Alexandria, VA, full of kids who seem too nice to be true—including a very cute boy named Pete. Aside from half-forgotten martial arts and survivalist skills that her widowed father insistedon teaching her (because that is excellent for her social life), Zoey has nothing to offer Pete or anyone else.   Then Dad is kidnapped. Zoey suddenly finds herself sole caretaker of a younger brother she barely understands. Worse, Ben seems to hold the key to their father’s disappearance in his Dream Diary, a bizarre journal of names and places Ben claims that their mother shares from beyond the grave. And as if Zoey doesn’t have enough on her plate, there’s Pete, who stubbornly refuses to leave her side.Relying on the skills she never wanted to learn—Dad might have had his reasons after all—Zoey is plunged into a lethal battle to rescue her father, protect her brother, and determine the identity of her family’s true enemy.

I came across this one earlier in the week and it sounds interesting.