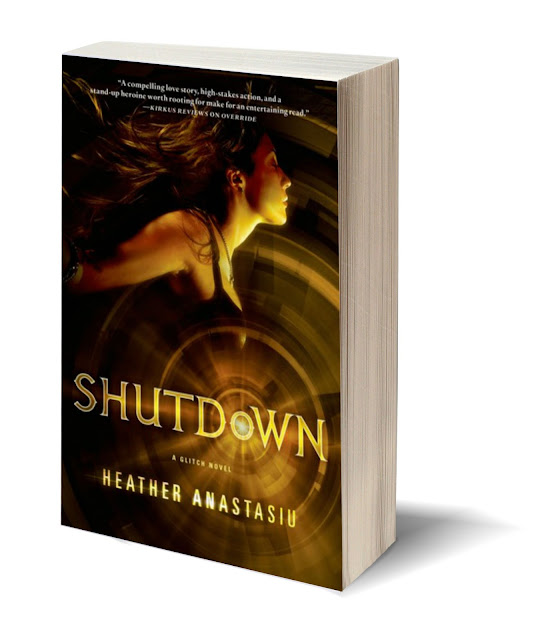 The battle is all but over, and hope seems to be lost. Zoe and her fellow Resistance fighters are on the run, having lost their home, their protection, and their leader. They are outnumbered and outmatched by the powerful corporation that controls the world, and the cruel Chancellor is inches away from completing a scheme that would kill most of humanity. Zoe's only remaining option is to chase the impossible dream of upending the Link system, freeing the world from the hardware that controls their thoughts and emotions, and hope it will trigger a revolution.


The plot requires a nearly impossible mission to infiltrate the dangerous Community, and it is a task that Zoe must unfortunately complete alone. With challenges and surprises at every turn, nothing goes according to plan. Adrien's visions of the future now show two possible outcomes: one in which they succeed, and one in which humanity falls. It all lies in Zoe's hands.

Full of romance, high-adrenaline action and shocking twists, Shutdown is a heart-pounding conclusion to an exciting sci-fi adventure trilogy for young adults.

The thrilling conclusion to an action-packed sci-fi trilogy.

I want to keep this spoiler free for the whole series, but it might be hard, and I apologise up front if I give away any small details. I promise to keep the big things to myself though. =)

This series got better with every book. I enjoyed Glitched, but loved Override more. Now I love Shutdown more again.

We were left heartbroken in Override, and to be honest, until about the 90% mark the heartbreak doesn't ease up. At the 60% - 70% mark I was like this:

I'm not joking. I was so torn up by everything that had happened, and what was happening that if I wasn't reading in bed, I would have been on the floor like that!

I love the characters in this story, including the ones I didn't like - I loved that they were that way. People are like that and it was nice to see realistic characters. The backstabbing, the lying, the honest, and even the ones that change.

While the trilogy ends positive, its not the overly happy ending you think. There are shocks, and one of the twists I kind of guessed but wasn't sure how it would happen until it did.

This is definitely one of my favourite series. It's action packed, emotional, and quick to read. I'm sad this trilogy is now over, but it one I definitely want to read again.

Heather Anastasiu grew up in Texas and recently moved to Minneapolis with her family. When she's not busy getting lost exploring the new city, she spends most days writing at a café or daydreaming about getting a new tattoo.


Previous Books in the Series