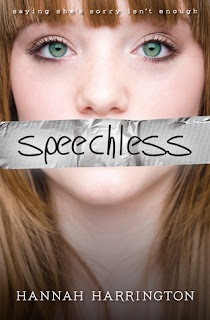 Everyone knows that Chelsea Knot can't keep a secretUntil now. Because the last secret she shared turned her into a social outcast—and nearly got someone killed.Now Chelsea has taken a vow of silence—to learn to keep her mouth shut, and to stop hurting anyone else. And if she thinks keeping secrets is hard, not speaking up when she's ignored, ridiculed and even attacked is worse.But there's strength in silence, and in the new friends who are, shockingly, coming her way—people she never noticed before; a boy she might even fall for. If only her new friends can forgive what she's done. If only she can forgive herself. - Goodreads


I'd read so many good reviews about this that when I saw it on Edelweiss I requested it, and thankfully got excepted. Now I've been let down by a couple of books that everyone seemed to love, and I didn't, so I was a little apprehensive when I started this book. There was no need to be. I really liked it.

When I started this book I felt like I was reading the story of Mean Girls. For those that have seen the movie, Chelsea was like Gretchen Wieners. Or maybe more like Cady Heron, because she just wanted to be apart of the popular girls, led by Kristen. She couldn't keep her mouth shut which means she ends up as a social outcast.

If Chelsea was like Cady/Gretchen then Kristen is Regina George. Kristen is the Queen Bee, though she doesn't have friends, she has minions. 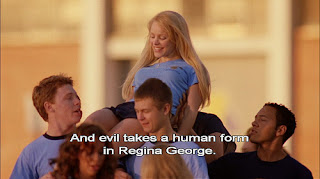 The difference between Mean Girls and Speechless is that Hannah Harrington is a talented writer who created realistic characters with realistic flaws that not only resembles life better but also has a lot of depth and many lessons to learn.

The story is told from Chelsea's POV. She is shallow, nosy, likes to find out all the gossip, and can't keep secrets. After making a mistake she starts to see just how fake her life was, and finally discovers who she really is. While she isn't all that likeable in the beginning as Chelsea develops through the story your respect for her builds too.

Kristen is the typical 'gets what she wants' popular girl that everyone wants to be and if they can't be her, they want to be around her. She is also meant to be Chelsea's best friend.

The only problem I did have was that Chelsea didn't pay much attention to Noah, or what happened to him. In that I feel that the issue of bullying wasn't told from the right perspective, and therefore trivialized more than it could have been.

That being said, Speechless addresses some serious issues from sexuality to being bully to being yourself and feeling accepted. It is well written, well paced, and definitely still worth reading.

Thank you to Harlequin Teen and Eldeweiss for the eARC.