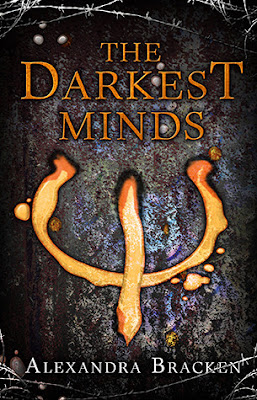 When Ruby wakes up on her tenth birthday, something about her has changed. Something alarming enough to make her parents lock her in the garage and call the police. Something that gets her sent to Thurmond, a brutal government "rehabilitation camp." She might have survived the mysterious disease that's killed most of America's children, but she and the others have emerged with something far worse: frightening abilities they cannot control.
Now sixteen, Ruby is one of the dangerous ones. When the truth comes out, Ruby barely escapes Thurmond with her life. Now she's on the run, desperate to find the one safe haven left for kids like her--East River. She joins a group of kids who escaped their own camp. Liam, their brave leader, is falling hard for Ruby. But no matter how much she aches for him, Ruby can't risk getting close. Not after what happened to her parents. When they arrive at East River, nothing is as it seems, least of all its mysterious leader. But there are other forces at work, people who will stop at nothing to use Ruby in their fight against the government. Ruby will be faced with a terrible choice, one that may mean giving up her only chance at a life worth living. - Goodreads

I was looking through Netgalley's offerings when I came across this one. The premise sounded fantastic so I requested it. I was so excited when I was approved and started reading it straight away.

I don't know if I can properly express how much I love this book. I have no idea how to put it into words, let alone be able to do it justice. This book is exciting, unique and well-written.

The world building was awesome.  The camps were cruel and the whole atmosphere throughout the story is of uneasiness, darkness and violence. Alexandra Bracken is talented in the way she created the world, you don't get told nor do you see it all at once, instead it gets built up through the story. This just adds to the overall atmosphere. Throughout the whole book you learn how the adults dealt with (deal with) the new abilities that the children developed. Let's not overlook these abilities either, with all the children falling into one of the colour categories being: green or blue - which are seen as a lesser of a threat, and yellow, orange or red being classified as the dangerous abilities.

The story is told from Ruby's point of view, who pretends that she is a green, and you don't get to know what happened to her straight away. Instead you learn it through as the story progresses. Ruby is a strong character and selfless, and you'll see right at the end just how selfless she really is. Though she does develop through the story as in the beginning she starts of worrying about her abilities and how people would feel if they knew the truth, but as the story progresses so does she.

As with Ruby you don't learn about Liam straight away, he is left to develop along with the story. Liam is sweet, caring but in no way prefect.

Romance is not the forefront in this story. The development that happened between Ruby and Liam was slow and I really enjoy watching their relationship grow over the course of the novel.

The villain (who shall remain nameless here for spoiler reasons) was subtle. I didn't trust him and found him creepy at times. However there were occasions when I wondered if he was really genuine. While I sort of guest what and why with him I was still unsure because of the occasions I  thought he was being genuine.

Now don't get me wrong, this story isn't prefect. There are a few holes and unexplainable aspects. There's no clear definition on what each colours ability is. It's not clear how these kids got there powers either, as some died from the disease and others developed the powers. Though for me they don't detract from the story as there is enough information to follow. I can only assume that more details will be provided in the next book.

The Darkest Minds was a fantastic well paced read that captivated me from start to finish. I found it extremely difficult to put it down, and tried to force myself to stay awake just to see what would happen next. This is definitely a favourite for this year. You really should read it yourself. =)

Thank you to HarperCollins Australia and netgalley for the eARC.