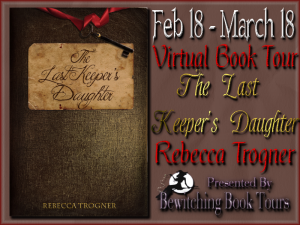 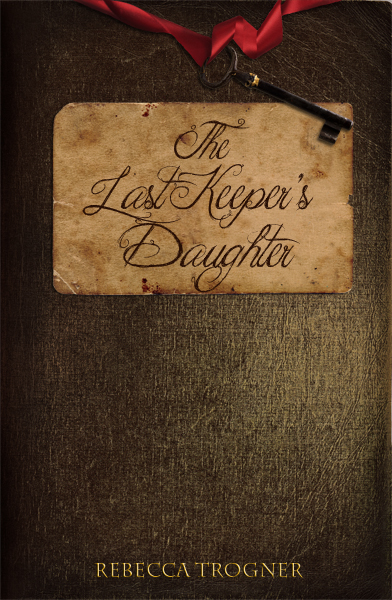 Born into old money, Lily Ayres lives at Waverly, her family’s estate situated at the foot of the Blue Ridge Mountains in Paris, Virginia.  She is a strange, small, almost mute, young woman who has no idea that her father has given her to the Vampire King Krieger.  Walter Ayres is the King’s Keeper and part of a secret society of historians who unearth, preserve, and attempt to understand relics of long forgotten civilizations.

Lily has never felt comfortable in the human world, but after she suspiciously falls down a flight of stone steps, and is healed and claimed by Krieger, she realizes there is another world.  In this Other Realm she feels a sense of belonging, and begins to untwine the mysterious event which left her mentally and psychologically damaged.  When Walter disappears in England, Lily works with human and supernatural beings to uncover his whereabouts.  With each new discovery, she is pulled deeper into the vortex of magic, intrigue, and dark desires that permeates the supernatural world.  The revelations revealed unfold a story of deception and betrayal that threaten to tear the thin veil between the supernatural and human world asunder.

Excerpt
Krieger sat in the oversized chair, letting his arms hang down almost to the floor, and inhaled deeply of her scent, now richer, more complex than it had been before. He’d never encountered anyone who smelled so enticing. Her blood beguiled him, like a flower lures the bee to its sweet nectar. He wished to sink his fangs into her soft skin, to feel the first spurt of blood hit his tongue. He groaned with anticipation. To a vampire, blood and sex were intertwined. When he’d healed her with his blood it had taken a great deal of restraint not to seek his own physical fulfillment. He was ill prepared to deal with an innocent. His fingers wrapped around the legs of the chair, and the sound of wood snapping under pressure made him release his grip.
Her eyelids fluttered. It took a few attempts before she turned her head and stared at him. He remained motionless.
“You had a bad fall at the party, remember?” He raised his hands, palms facing towards her. “You’re safe, at my home.”
Her face, already flushed, became a deep shade of red. He could hear her heart beating hard and strong. He fought the urge to taste her.
“You came for me.” Lily spoke softly. “I was afraid you wouldn’t.”
He remembered what the doctor had said, and knew the volume was not important, but that she was speaking meant a great deal.
“How do you feel?”
She took stock of her body. She raised the once injured shoulder, and then looked down, amazed.
“I healed you.”
She slid up, clutching the sheet to her neck, and rested her back against the headboard. The rose tones of the coverlet highlighted the perfection of her skin. He pondered going to sit on the bed next to her, but decided she needed to feel comfortable and safe in his presence, not hunted into a corner.
She spoke out the word, “How,” on a long breath.
He liked how she didn’t ask ridiculous questions. She cut straight to the point.
“With my blood.”
Lily glanced into his eyes, maybe gauging the truth of his words. She nodded and looked down at her hands. He had anticipated some sort of feminine theatrics, but she showed no emotion that he could decipher.
“I don’t remember that.”
“When did you remember me?”
“On the mountain,” she said, staccato quick.
He kept his face impassive.
“I’m not–” She ran her hand over her shoulder again. “Am I?”
“Vampire,” he finished her question. “No.”
The sigh of relief made her thoughts clear. He wondered if she would be more receptive to the idea after the years had ravaged her beautiful face.
“Did Walter leave this for you?” He laid the small watercolor painting on the bed.
She nodded.
Standing up, careful to move at human speed, he motioned towards the hallway leading to the bathroom and dressing area. “Everything you need will be provided. For now, you should rest.”
Lily shook her head. “I feel fine.” She started to get up, looked down, and tightened her hold on the coverlet.
“Clothes are in the dressing area. Do you need assistance?”
Her expression said she did not.
“Can you walk?” Krieger asked.
She nodded.
He went to the French doors and turned his back to her. “Go on. Call out if you feel weak.” Modesty was something foreign to Others. They did not feel shamed or embarrassed by nudity. He hadn’t thought about this and wished the doctor had clothed her. He heard the lock mechanism on the connecting door click into place. If it made her feel safe then what harm could it do?
Krieger heard her walk back into the room. He stayed where he was, waiting to see what she would do. When she came to stand next to him, he was pleased.
“Stoke Castle sits atop the Blue Ridge mountains. Waverly is within view below us.”
Lily stepped closer to the French doors, her hand reaching for the door knob.
“Dawn is upon us. It would be best if you refrained from going outside until I exit the room, or until the sun has set.”
Lily went completely still again, much like a rabbit will hide in tall grass.
“How long have I been asleep?” she asked.
“You’ve been unconscious for a day.” He let her take a moment to process the information. “Look at me.”
She turned, which pleased him, but did not raise her eyes to his.
Placing his forefinger under her chin, he lifted her face upwards. “Look at me,” he said with a kind firmness. “I have lost the ability to trance you now that you carry my blood.”
“Trance?” she asked, her voice barely a whisper.
He ran his fingers lightly over her cheek bones and rested his hand against her face. “Your father told me that you hate to be touched, and yet you do not flinch away from me. It is good.” He bent down to place his lips next to her ear. “You have no need to fear me.” 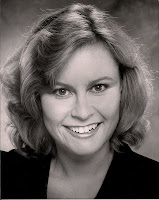 Rebecca Trogner lives in the Shenandoah Valley of Virginia, and frequently crosses the Blue Ridge Mountains that were the inspiration for Krieger’s home. She always dreamed of being a writer, but got sidetracked by the day-to-day adventures of life. With the encouragement of her family, she has finished her first novel and is currently writing the next book in The Last Keeper’s Daughter series. Rebecca lives with her husband and son, and a rescue dog named Giblet. To find out more about the author visit www.rebeccatrogner.com.

a Rafflecopter giveaway
Posted by Sabina at 16:54