Cover Reveal: Smash Into You by Shelly Crane 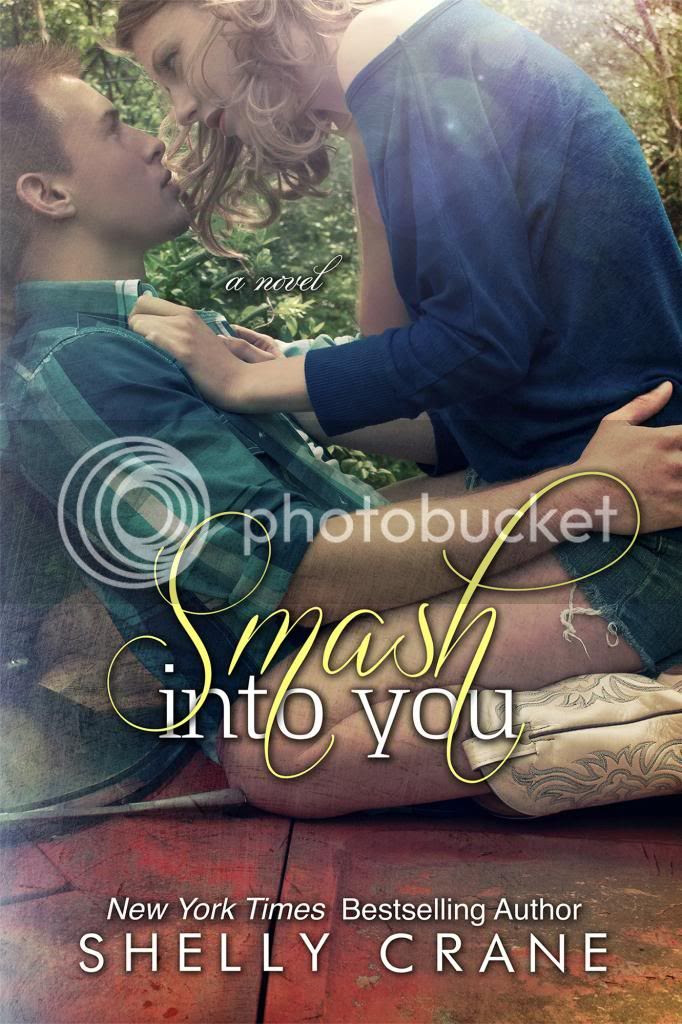 Jude has spent the whole twenty three years of his life running. From what, he wasn't quite sure. His mother tried to keep him safe; a low profile, a constant move on the horizon, a week's pay always stashed away. She tried to instill in him that he was special somehow, though would never elaborate. He never felt different. He was so completely normal and vanilla that he wondered if it had all been in her head. But then she was murdered and all he saw was a running silhouette of a man as his mother said three final words to him. Three words that changed his whole being.
Never stop running…
Now he's semi-settled into a big town. The college is huge and easy to blend into. It's been three months since he had to move because 'Biloxi', as he calls the man who killed his mother, found him once more.
Then Marley, an eighteen year old girl who is as infuriating as she is blissfully ignorant of her gorgeousness, smashes into his car with hers. Then smashes into his life as he realizes that whatever it is he has that Biloxi wants, she has it, too. And now, they're after them both.

Shelly is a New York Times & USA Today Bestselling author from a small town in Georgia and loves everything about the south. She is wife to a fantastical husband and stay at home mom to two boisterous and mischievous boys who keep her on her toes. They currently reside in everywhere USA as they happily travel all over with her husband's job. She loves to spend time with her family, binge on candy corn, go out to eat at new restaurants, buy paperbacks at little bookstores, site see in the new areas they travel to, listen to music everywhere and also LOVES to read.
Her own books happen by accident and she revels in the writing and imagination process. She doesn't go anywhere without her notepad for fear of an idea creeping up and not being able to write it down immediately, even in the middle of the night, where her best ideas are born.