Blog Tour: Keeper of the Black Stones by PT McHugh 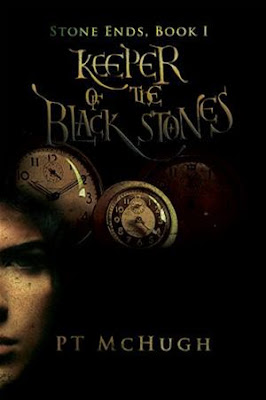 Awkward in his own skin, shy around girls and worried about anything and everything, Jason Evans is just like a million other teenage boys in high school, with one very large exception: he has been given a gift that allows him to jump through time. A set of stones has fallen into his lap that gives him access to any place - and any time - that he chooses. But along with that gift comes the responsibility of stopping the man who is using those very stones to travel through time and change history for his own purposes. A man who is now holding Jasons grandfather hostage, and threatening the worlds very existence. Jumping through time with his best friend and body guard, Jason must enter the world of Medieval England, learn its customs, navigate unimaginable danger, and help Henry VII win the Battle of Bosworth, in the name of finding his grandfather, rescuing a beautiful girl from the clutches of a corrupt church, and destroying the one man who pledges to turn history inside out.

Magical instruments that allow time travel. The fate of the world, and time itself. A madman seeking to use it all for his own evil purposes. And one fourteen-year-old boy, who must gather his friends, jump to Medieval England, and set things right, if he’s to save the world. Will Jason Evans learn what he needs to know in time? Will he be able to stop his nemesis, and save the world? Or will he fail, and take the world – and all its residents – with him? 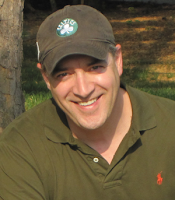 PT McHugh didn't start out as a storyteller. He was, however, born into a family of that encouraged imagination. He became a fan of history in school and then went to college to become a construction engineer, to build a world of straight lines, angles, and equations.
He was just as surprised as everyone else when he realized that he believed in magic, and might just know the secret of how to jump through time. Since then, he's been researching the possibility and learning everything he can about history. Just in case the opportunity arises.
PT was born and raised in New Hampshire and currently lives in Raleigh, North Carolina with his wife, two daughters, and a dog named Bob, daring to dream of alternate worlds and cheering for his beloved New England Patriots.