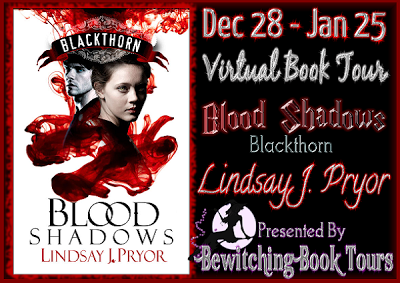 I'm pleased to be handing over the blog today to Lindsay J. Pryor, author of the Blackthorn series. Her book Blood Shadows was released in November 2012 and all the details are included below.
Please welcome Lindsay to the blog, and I hope you all enjoy her post.

I Didn’t Think I Wrote Sexy by Lindsay J. Pryor

I’ve come to realise, as an author, that the most rewarding part of this job is reader feedback. There is also nothing more terrifying. Only recently published, I was at least semi-prepared for facing an audience by having entered Harlequin Mills and Boon’s online New Voices competition – twice.

For those who don’t know of this writing competition, you upload a chapter onto an interactive forum and basically invite anyone out there to tell you exactly what they think. Why do it? Because the first prize was a contract and, for runners-up, professional editorial feedback. In this industry of single line rejection letters, that’s gold dust enough to be worth the potential humiliation. At least it was to me. Having written in isolation for almost thirty years and constantly telling myself I wasn’t good enough, New Voices was my way of finally forcing myself to see if I had what it took. Once my finger clicked send, I couldn’t take it back. I could no longer say I’d send it tomorrow once it’s better.

It was the best thing I ever did – not just because it was that competition that lead me to being discovered and being offered a three-book deal back a few months ago – the reader feedback was pivotal in getting me to the point where I am now. Not only was it was those reader votes and comments that got me into the final in both 2010 (with Blood Roses) and then again in 2011 (with Blood Shadows previously called Beguiling The Enemy), but they gave me the courage to pursue publication.

I’ve also learned I can’t please everyone. Where I’ve been told that my hero oversteps the mark to the point of making someone uncomfortable, I’ve had many more say the fact my heroes are so unpredictable, that they skirt so close to the edge, is what makes the stories so exciting. One person thought my heroine was too fragile, another too much of a superwoman. For some it’ll be too dark, for others not dark enough. I have learned that what some people dislike about my stories, are the very things that other readers love.

For me, this is the best thing about writing romance. It’s the fact there is such an eclectic range of books within the genre, and even within the sub-genres themselves, that makes it such an exciting genre to work in. That if we try to please every reader, we’ll do the genre a disservice. Yes, it’s hard when someone dislikes what I write. Yes, I’ll drag my heart around in my socks for a few days because of course it matters to me what readers think – but that’s when the positive reviews make all the difference. Stand in front of an audience with your soul bared and you’re going to get hecklers. But you’ll also get those that give you a nod and wink of supportive approval and, every time, that’s more than reward enough. 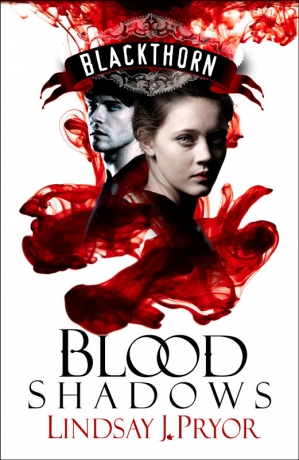 For vengeance - would you trust a vampire?

For justice - could you betray your family?

For love - are you ready to question everything you believe in?

Gifted with the ability to read the shadows of ‘third species’ beings, Caitlin Parish is the Vampire Control Unit’s most powerful agent. Despite that, her mission to hunt down Kane Malloy – a master vampire – comes with a death wish. Many have tried, but few have survived.

For Caitlin, tracking Kane is about more than just professional reputation. With her parents both mysteriously killed 7 years apart to the day, Caitlin knows that without Kane’s help she is next.

She has four days to make a deal with the wicked, the irresistible, the treacherous Kane Malloy. The vampire who despises everything she stands for.


You can read the first three chapters on Scribd for free:

Check Out What Readers Have to Say About Blood Shadows:

“I drooled on my keyboard.”

“Wow! This is just soooo good.”

“Tell Kane he can have my soul RIGHT NOW!”

“Every moment was dripping with tension.”

“I forgot to blink.”

“Girl, you can WRITE! And you can write sexxxy!”

“I nearly fainted when he removed her belt.”

“The sexual tension is off the charts.”

“After Kenyon’s Zarek, I thought I’d never fall for another bad boy again...” 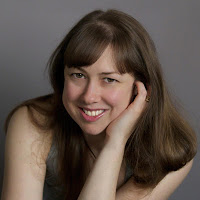 Her trademark powerful vampire heroes and utterly combustible sensual romances have earned Lindsay comparisons with both J.R Ward and Sherrilyn Kenyon.
A finalist in Mills & Boon’s New Voices competition in both 2010 and 2011, Lindsay has already proved a smash hit with readers.

Comments like “Utterly captivating”, “Jaw-droppingly good”, “Awesome”, “I forgot to blink”, “The sexual tension is off the charts”, “I nearly fainted when he removed her belt”, “I drooled on my keyboard” and even “Tell Kane he can have my soul RIGHT NOW!” convinced Lindsay she just might have what it took to become a published author.

With the launch of Blood Shadows, that dream is now a reality.  Her journey to published author though has been a long one.

Lindsay has been creating stories since she was nine years old, when she quickly decided that fantasy was more interesting than reality. She thought she’d grow out of it but hasn’t yet.

Despite years of bashing out stories on an old typewriter, it was the death of her father in 2007 that finally convinced Lindsay to try and become a published author.
“One of the last things my dad said to me was to do what I wanted to do in life. After he passed away, I pulled out all my scribbles from over the years and got back to writing what I loved most – paranormal romance.”

If reviews are anything to go by, it was a journey well worth making.