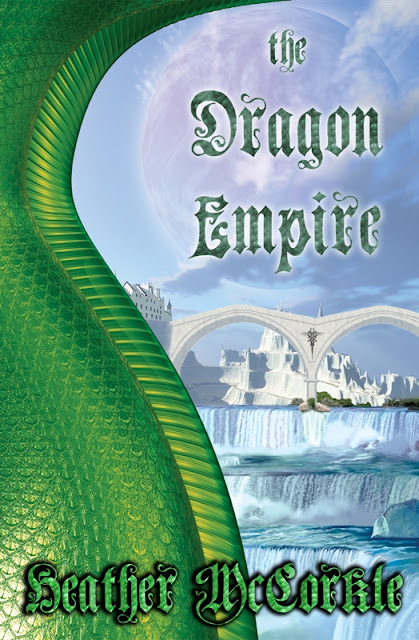 The Dragon Empire by Heather McCorkle
February 2013 by Compass Press

On Yacrana, dragons stand at the top of the evolutionary ladder instead of humans. Such an advanced species is not without its issues though. There's trouble in the Dragon Empire, the kind that could start a war between dragons and the races of people. Hidden factions of dragons believe they should rule the lesser races, not simply stand aside and allow them to develop as they will. Having lived so long in peace, the Emperors turn a blind eye, many oblivious that such attitudes even exist.

Despite being only an architect class, emerald dragon, Grendar is willing to risk banishment and death to stop that which his rulers refuse to see. The hope of peace lies not within the scaled breast of a dragon however, but within the hands of a group of people. But if the hidden factions have their way, these people won’t live to fulfill such a destiny. With a reluctant seer at his side, Grendar must leave his precious Empire for the outside world to save those that will one day save his kind. 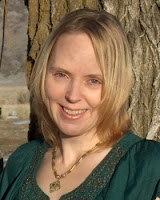 I am an author of fantasy, in all its many sub-genres. Living green, saving endangered species, helping other writers, and supporting fabulous authors are a few of my passions. I am also a volunteer for the IS Foundation which works to make the world a greener place. When I'm not volunteering, writing, or surfing my social networking sites, I can be found on the slopes, the hiking trails, or on horseback. As a native Oregonian, I enjoy the outdoors almost as much as the worlds I create on the pages. No need to travel to the Great Northwest though, you can find me here, on my blog, and Monday night's on Twitter where I co-moderate the #WritersRoad chat.
Author Links
Website
Goodreads
Facebook
Twitter

Cover Reveal brought to you through